Starting anew! Jenna Jameson is aiming to embrace a healthier lifestyle by going back on the ketogenic diet after gaining 20 pounds ahead of the holiday season.

“Eternal summer here in Hawaii! So excited to go back to the mainland for a week soon,” the 45-year-old model wrote via Instagram on Monday, December 9, while captioning a photo of herself sitting poolside. “Update on #keto … I’m back on track and I’m taking you on my journey!”

Jameson’s health update comes after she shared a “confession” on Friday, December 6, about her 20-pound weight gain. She told her Instagram followers that she “decided to take a break” from the keto diet to enjoy her “best carby life.” However, she expressed her frustration with the lost pounds returning.

“The weight came back fast and furious.” she continued. “I know a lot of people are quitting keto because it’s hard to maintain, and after a year and a half I concur. Not sure if I’m going to go back full force or just calorie count.”

Though it’s still early in her keto diet journey, she thanked thanks for supporting her over her candid health post about her increased weight. “It shocks me sometimes what a fantastic community we have built here,” she noted via Instagram on Tuesday, December 10.

“I love hearing your stories of #keto and how it’s changed your life,” she continued. “Today, I’m taking before pictures and I’m going to document my journey again…. We can do this!”

Jameson first got on the keto diet in March 2018 after welcoming her 2-year-old daughter, Batel Lu, with fiancé Lior Bitton in March 2017. She found success through the process, as she revealed that it allowed her to shed roughly 80 pounds. She posted a before-and-after snap of her figure and shared how “thankful” she was for the keto diet “giving me my life back.”

Jameson, however, admitted in July that she strayed from her diet. She claimed that she began “eating like a crazed banshee,” but pointed out that this is something that “we all do” from time to time.

“I know I’m not perfect and my will power isn’t iron clad, but I DO know I will never give up,” she declared at the time. “It’s important to know that no matter how long you fall off, you can always jump back on the horse! It’s ok to feel discouraged, disappointed and down right pissed. Channel that into positivity and know there are so many on this journey right along with you!”

Jameson, who also shares 10-year-old twin sons Jesse and Journey with ex Tito Ortiz, isn’t the only star that has embraced the keto lifestyle. Vinny Guadagnino, Halle Berry, Alicia Vikander and Vanessa Hudgens are among a growing list of names that have gone on the diet. NYC-based dietitian Keri Glassman told Us in March that it “turns to stored fat for energy” after the body hits a ketogenic state through eating keto-friendly meals. 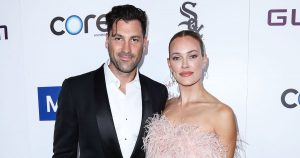 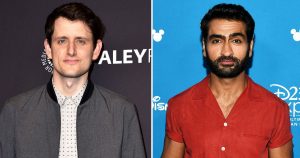 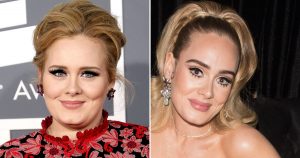