Almost there! Rebel Wilson announced on Sunday, October 4, that she’s almost reached her goal weight after making a new year’s resolution to slim down in 2020.

Rebel Wilson's Transformation Through the Years

“Happy Sunday everyone!” the 40-year-old captioned a photo on Instagram on Sunday that showed her wearing workout clothing as she revealed she’s just 6 lbs. from her target. “Gearing up for a great week ahead

x this week was super busy but I got up super early 3 times (6am) and went on a hike…even did a couple of 100m sprints to get the heart rate even higher (although my ‘sprint’ is probably someone else’s ‘slow jog’) but I felt proud of myself and now only 3kg’s away from my goal weight! Rebs x”

“Amazing boss! @rebelwilson you got this,” her trainer Jono Castano Acero commented on the post.

The Pitch Perfect actress followed her post with a Boomerang showing her eating dessert while at an event in Monaco last month. “Remember tho girls, you still gotta treat yourself,” the Australian comedian wrote. “(I just do it with food now only once or twice a week…and substitute bubble baths on alternate nights).”

In May, the Isn’t It Romantic star shared a photo of herself in a Victoria’s Secret swimsuit as she revealed she is working on getting down to 75 kilograms, which is about 165 pounds.

“Even if you have to crawl towards your goals, keep going x it will be worth it. Try and give a little bit of effort each day,” Wilson wrote on Instagram. “I know some days are frustrating as hell, you feel like giving up, you get annoyed at the lack of progress … but good things are coming your way.”

By August, she was roughly 17 pounds from her goal. “When I was reaching for the candies last night after dinner I thought to myself ‘hmmmm…better not’ and had a bottle of water instead,” she wrote on Instagram, telling fans that she hoped to lose the remaining weight “by the end of the year.”

Wilson’s new boyfriend, Jacob Busch, is supporting her in her “Year of Health.” He called his girlfriend “beautiful” in a comment after she posted a selfie on Instagram on Friday, October 2, showing off her slimmer shape in a fitted black top.

An insider told Us Weekly last month that the businessman “adored Rebel last year before she went on her health journey” and added that “he is very old school” and “a gentleman in the way he treats Rebel.”

“He seems to be very in love with her,” the source added. 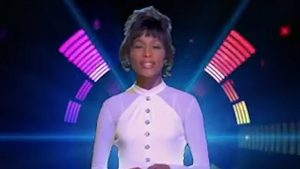 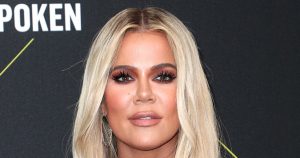 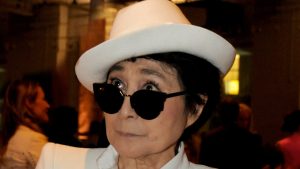